This is a traditional rocket heater style build in which a steel barrel radiates a large portion of the heat into the surrounding space. It offers two main advantages over a cob built rocket mass heaters: it is faster to build and can be covered in a wide variety of materials to blend with any decor. Kits come in 2 different sizes  4" and 6".

Click here for an explanation of the gas flows in this type of Dragon Heater.

Here are some pictures of the build process. 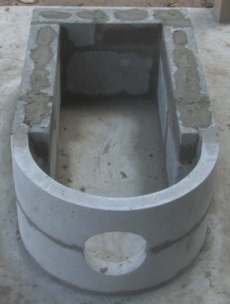 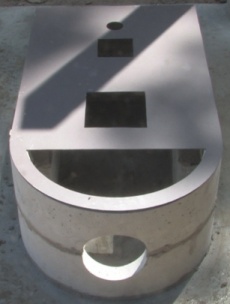 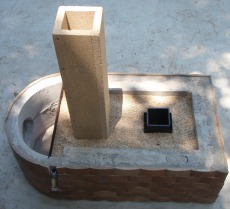 Excess Heat from the Rocket Heater

The heater, as pictured, produces more heat than what can be radiated from one barrel; whatever has not been captured will escape up the chimney. Two thirds of the heat is released by the barrel. The other 3rd can be captured for immediate release using low mass options or stored for gradual release using thermal mass.

If you want to extract this excess heat for immediate use, you can do one of these:

If you want to capture the excess heat in thermal mass for gradual release later, you can replace the exit to the stove pipe shown in the picture with a connection to thermal mass using either flues or bells. You can read more about the different approaches in this blog - Flues vs Bells.

Storing Heat in a cob bench

In a traditional rocket mass heater, the exhaust from the barrel is routed into metal flue run horizontally and covered with cob.  The cob provides the thermal mass.

Storing Heat in a Bell

Bells are often more efficient at heat capture than flues. Consequently, they can be smaller and easier for the same heat capture. If a heated bench is desired, you can cut a barrel in half, turn it on its side, cover it with cob and route the exhaust into the open chamber formed by the barrel. The exhaust can be located at the other bottom of the opposite end of the barrel. This open chamber will trap the hottest gases for heat transfer and release the coldest ones to the stove pipe.

Here is complete tutorial on how to build this rocket heater.